The winners of the 2019 British Woodturner of the Year Competition, run in association with Axminster Tools & Machinery, were announced at the Celebrating British Craft exhibition, held at the Oxo Tower in London from 8th May -19th May.

Stephen Spanyol won the Professional Turner category with his set of stacking boxes, Nick Simpson was named Amateur Turner of the Year for his Steampunk-inspired piece, Breakfast with the Alchemist and the Young Turner award went to Nathanael Griffiths for his segmented vase.

Organised by the Guild of Master Craftsmen, Celebrating British Craft showcased quality and expertise across a range of traditional and contemporary crafts and aimed to raise awareness of the importance of preserving the best of British craft for future generations.

Full details of the event, the winning competition pieces and highly commended awards will feature in Woodturning magazine issue 334 on sale 11th July. 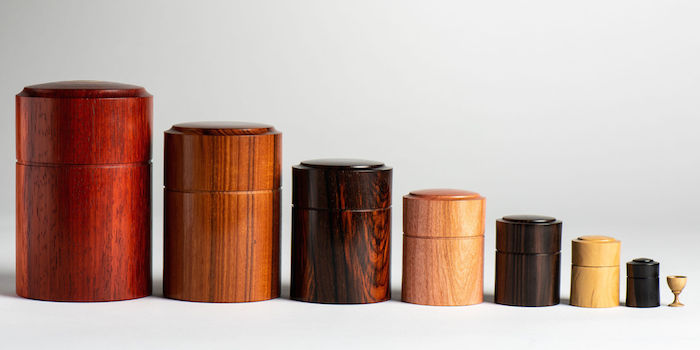