The beautiful Zillertal valley in Austria’s Tyrol boasts a number of picturesque towns, including Mayrhofen. This doubles as a ski resort in winter and a walking/sports centre in the summer. On a recent visit, I noticed an unprepossessing shop nestling in a quiet side street with the proud nameplate: ‘Hannes Eder, Holzbildhauer’. I recognised ‘holzbildhauer’ as the German word for woodcarver and the shop had my instant attention. I popped in to investigate and amidst the rows of delightful woodcarvings, I came face to face with the owner, Hannes Eder. Hannes asked me in German what he could do for me. There were no prices on his pieces and having little German, I instinctively replied in English that I was just looking. Gouge in hand, making a shield-backing for some deer antlers, he tossed his head and grumbled to an older man sitting stone-faced next to him in the shop, parroting the words: ‘lookie-lookie’ plus something else in German, which I suspect was something to the effect that there were too many bloomin’ tourists like me who tended to look and not buy. Having tried to sell my own works at fairs in the UK, I had a certain sympathy. With my inadequate language skills, I caught the gist of a further comment he made to his bench-mate that he was also thoroughly fed up with the visitors who grumbled about the price of his carvings – starting, I afterwards learned, at around 200 Euros. Such gripes are shared, I am sure, by a good many carvers in the UK who seek to make a living from this noble profession but who find a general public disinclined to pay the going rate for a first class woodcarved work of art. His colleague – who I later found out was his father, also a carver – sighed in sympathy and they both eyed me with the slight disdain of artists who believe the customer may have no idea of the value of the objects being studied. But when I explained, using pigeon-German and clumsy sign language, that I was also a carver, Hannes’ attitude changed completely. Miraculously, he suddenly developed pretty good English and we discussed his carvings and his career at some length. 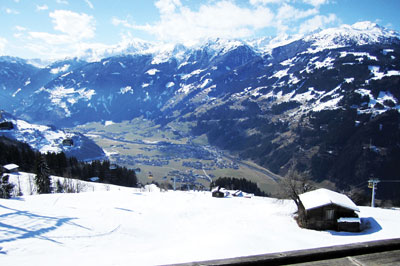 The Zillertal valley in Austria 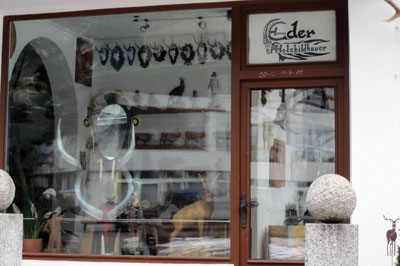 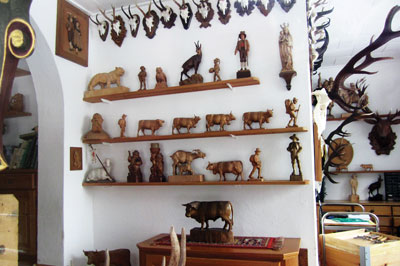 A family of carvers
He told me that he had studied at the Geisler-Moroder Carving School, also in the Austrian Tyrol, about 200km from Mayrhofen, under Martin Geisler-Moroder in a three-year apprenticeship, before joining his father who already had a woodcarving workshop in Mayrhofen. His father had no English at all, but from a stunning wooden shrine to St Hubertus – the patron saint of hunters – sited just a few hundred yards from the shop, and which Hannes told me his dad had carved, it was clear that Eder Senior was also a very proficient carver. Do look out for this piece if you ever go to Mayrhofen. It’s in a country lane called Zillergrundweg.

Swiss pine
I asked Hannes about the wood he used for carving. “Always Swiss pine (Pinus cembra),” he said, pointing upwards to the snow-covered slopes that rise above his studio. “It grows high up in the mountains. It develops very slowly, so the grain lines are very close together.” Hannes told me that as well as carving, Swiss pine had other benefits. He said it was a ‘healing wood’, through its aroma, and which deliciously perfumed his shop. I checked this assertion, as well as the provenance of the wood, when I got home. Swiss pine, or Swiss stone pine is also called ‘Queen of the Alps’. It is a conifer that grows at an altitude of between 1,600-2,000 metres. As well as being an excellent wood for carving, the wood is apparently renowned for its curative properties. Its high concentration of resins and oils are said to promote health and its scent supposedly helps reduce the heart rate with a positive impact on sleep and blood circulation. The essential oils in the wood are also said to protect it against pests. So if you have a woodcarving made from Swiss pinein your bedroom, not only can you admire it but it could also help you have a better night’s sleep!

Tools and carving style
I then asked Hannes about which tools he used, using the opportunity to gently make a pitch for the number of notable British carving toolmakers. But here he was resolute: “I always use Pfeil tools – and only Pfeil tools,” he told me. In his opinion, they were the very best. One might argue that he would say that, as they are made ‘down the road’ in Switzerland. Of course, there is no doubt that Pfeil does make exceedingly good edge tools. As for his style of carving, generally the technique he used was to leave carvings unsanded, with tool markings clear to see – which is known as a tooled finish. The traditional subject for carving in the Tyrol is the Nativity, with almost every church and chapel proudly exhibiting its own display. Hannes certainly had a variety of Nativity subjects in his shop and indeed he told me that he had started out carving Nativity scenes during his apprenticeship. But he has extended his craft to subjects well beyond this. We looked round his shop at the wide variety of items which, alongside religious scenes, included animals and mountain reliefs, as well as the human form, where his pieces demonstrated a sound knowledge of anatomy. The whole range on display showed a thorough understanding of shape, form, proportions and stance. All of these shout the benefits of a thorough apprenticeship and a very accomplished carver. 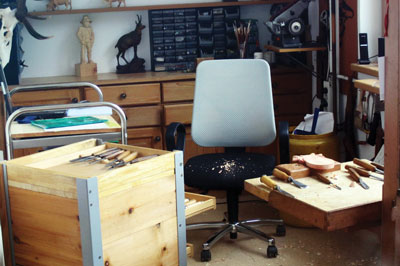 Hannes’ workspace in his shop 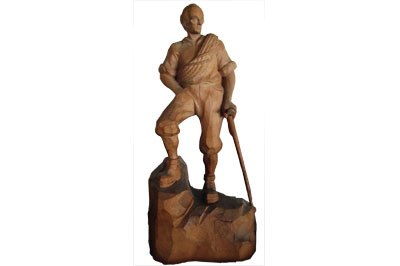 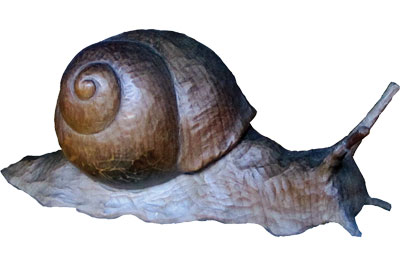 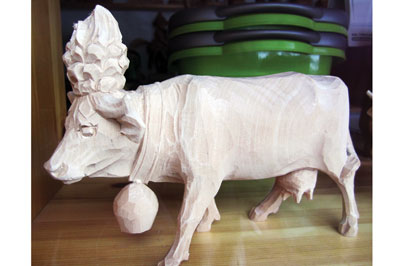 Tyrolean carving
Hannes follows a strong tradition of carvers in the Tyrol. The best known of these is Franz Xaver Nissl, born in the town of Fügen, a few miles up the road from Mayrhofen, in 1731. He was renowned for his religious carvings, regretfully only a few of which survive today, but those that do include some pew-ends and Nativity figures. He had his own workshop in Fügen and employed a dozen carvers there. It was only in the 20th century when, according to the Zillertal magazine – issue 8, Pub: Zillertal Tourismus GmbH – sculptor and carver Professor Albin Moroder brought carving back to the region. His history and works can be found at www.moroder.at. Then, in 1950, another Moroder, this time Professor Rudolf Geisler-Moroder, constructed a building specifically for carving tuition, which his son Martin took over in 1984, creating the Carving School Geisler-Moroder. Here, people come from all over the world to learn the Austrian way of woodcarving and, of course, this is where Hannes learned his craft. Details of these courses can be found at www.schnitzschule.com. As I was leaving Mayrhofen, I passed Hannes’ shop for the last time and he waved me a cheery goodbye from his workspace, where he sits and carves all day right next to his carving displays. Carving right in the shop from which he sells his works of art no doubt attracts a greater number of curious callers. To help maintain the skills of Hannes and others like him within the stunning scenery of the Tyrol with its strong woodcarving tradition, let us hope that there are many such as me who actually buy his very products and aren’t just there to ‘lookie-lookie’. 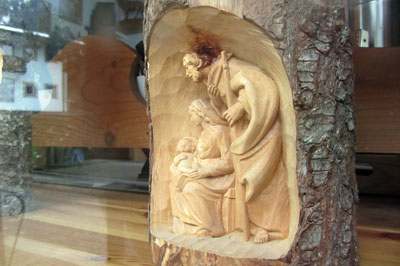 Suppliers
Blocks of Swiss pine can be purchased through the website of Demi Art, a woodcarving supplier based in the Dolomites of South Tyrol, northern Italy. See www.demi-art.com