The North of England Woodworking show has come and gone, and record numbers of attendees, over 9500, means this is the biggest woodworking show of its kind in the UK. 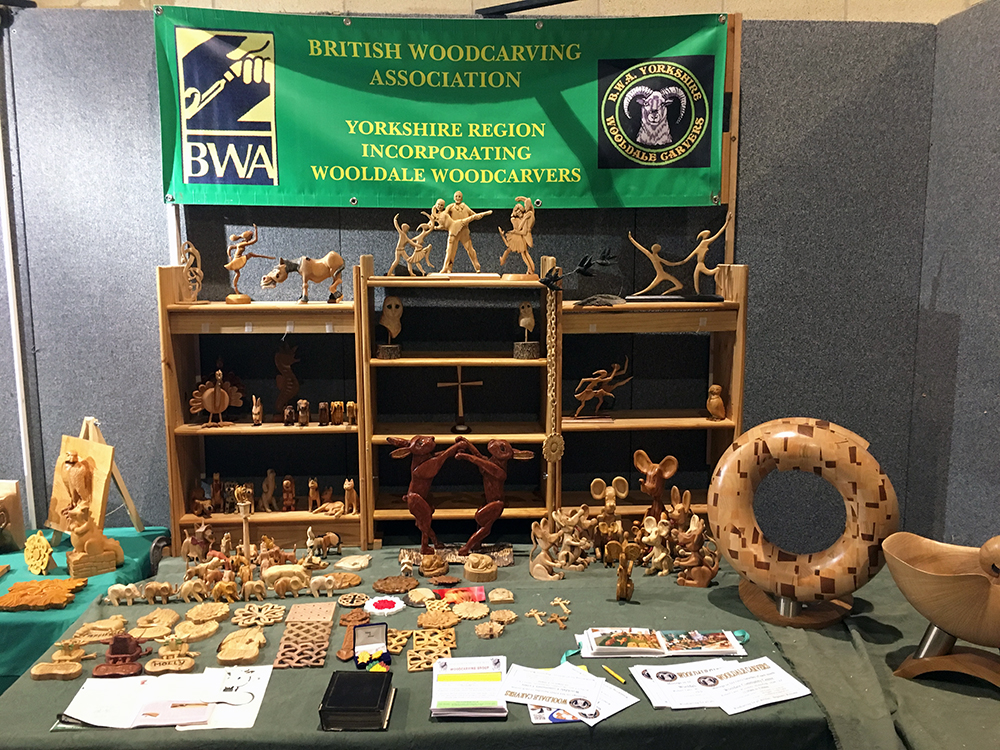 It was great to see some great displays of work by various carving groups. The pictures shown in this blog only show a fraction of the displays and carved work on display. The show had many wonderful things to look at and was great fun. 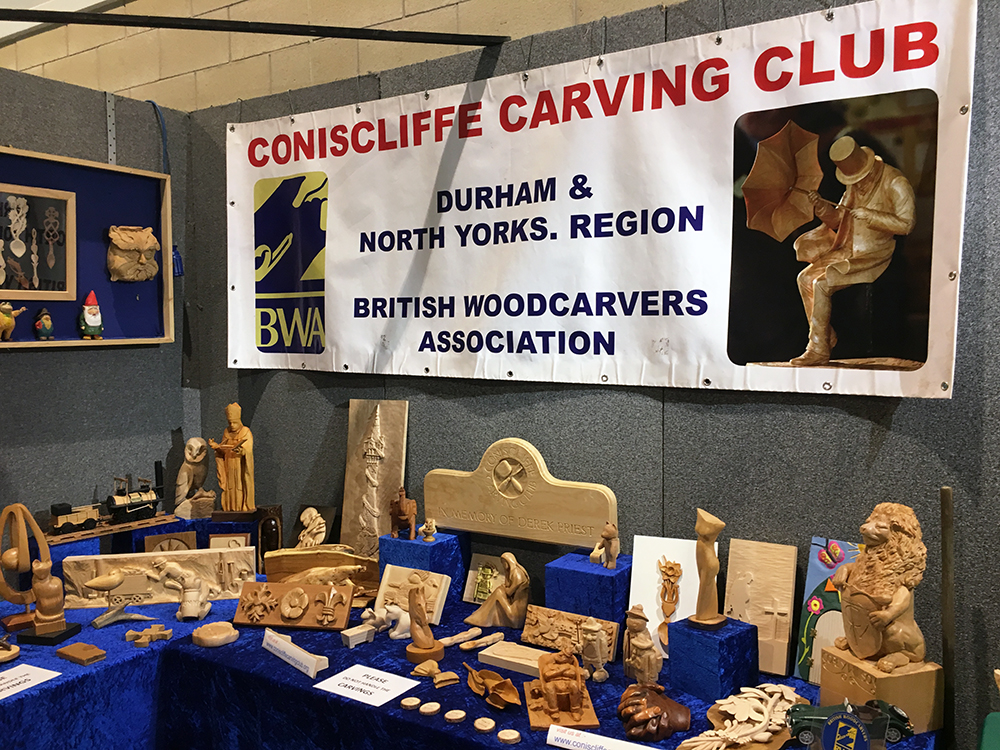 This is the last of the major shows before Christmas and I could see that people were busy looking at this, buying that or catching up with friends. Many were discussing Christmas. Many said they had bought their own Christmas present. I laughed and then remembered I have done the same too. 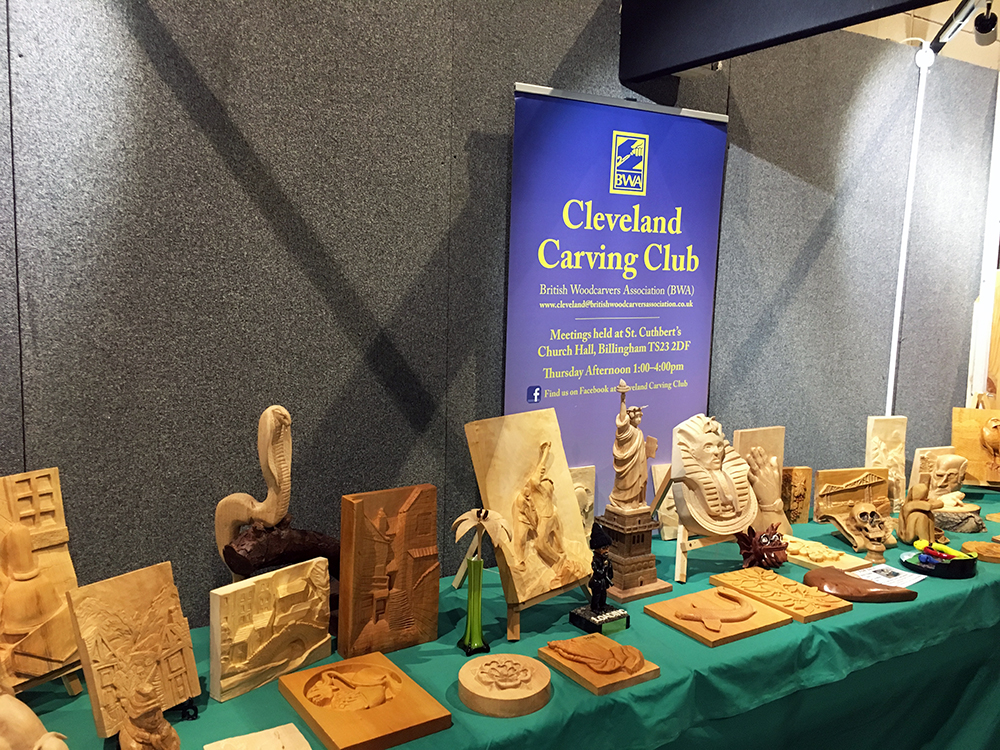 Now we are into December the colder days and nights are upon us in earnest, I have to say that apart from the increases heating bills and the riskier or delayed travel on the roads due to ice and snow, I like the cold weather this time of year.

I like seasons to have clear-cut transitions and I love every season for different reasons. But when it comes to winter, I love seeing a hoar frost on the landscape early in the morning. I know this seems to be happening less frequently near my home, but when it does there is something magical when the weak morning sun comes illuminating a misty frosty countryside. Hearing the crunch of the ice underfoot as I take a countryside walk is one of my winter treats. I also do not mind the darker mornings and nights. It is, for many plants and some animals the time to sleep, only to emerge later on it all their glory.

Working with wood, I really enjoy seeing how trees change their appearance through the seasons. I wonder at times what they would think if they could see us in the same way we can see them. No, I am not going loopy, but I do think that I, and many others, rush too and fro and miss many wonderful things due to us thinking we have to do this, that or the other. Where as trees have cycles that seem to be orderly and stately. I would love to know what trees have seen over their lifespan.

In the past I rarely took lunch breaks. Now I make a point to take a walk at lunchtime whenever possible. I have watched the seasons pass and areas of land change, albeit slowly, over time and have seen something new or different every day. There are three crows and two rooks that raid a bin on one stretch of the riverside walk I make. They particularly like bin number three for some reason. There are four bins in total on a route and bin number three seems to be their patch, even though the other bins are only about 200 metres apart.

Each day, the route subtly changes, which I am also increasingly aware that it also applies to me. More wrinkles, less hair not as flexible as I use to be, can’t run as fast or as far, seeming to have to juggle ever more things to be done in the same amount of time. But in that comment, I am not different to anyone else and we do the best we can with the juggling act.

I have almost finished what needs to be made for Christmas, unlike many of my friends who are beavering away trying to get everything done in time. I find this time of year for carvers is one of the most productive. It is also the time when people are more likely to carve fun things like singing mice and reindeer pulling Santa along in his sled. Do let me know what you have created. I am always intrigued and delighted to see the sheer variety of wonderful things made. 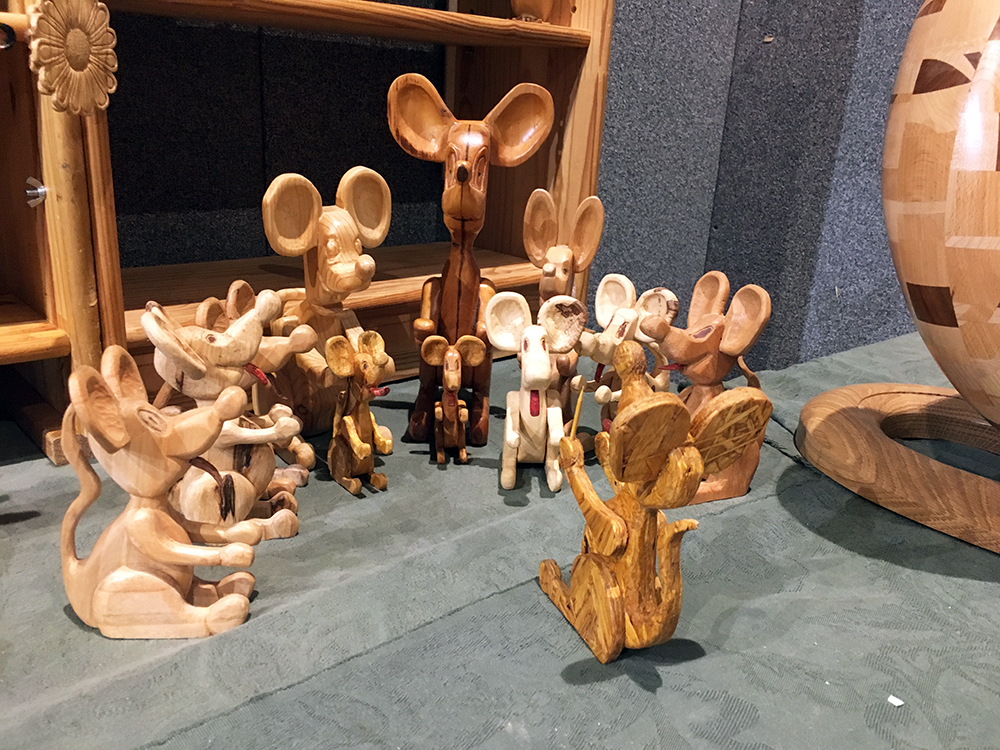