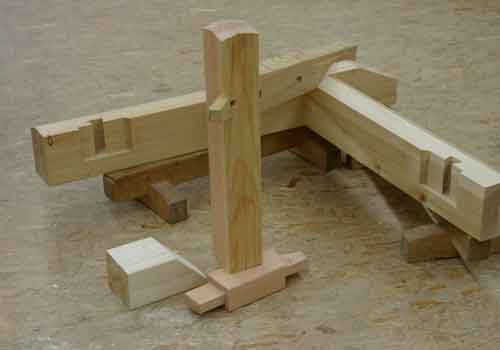 The Japanese Tool Group will run a four-day Masterclass in Japanese hip rafter joinery from 15-18 August, 2015, at Phoenix Building Conservation Workshops near Salisbury. 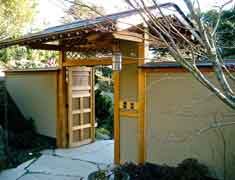 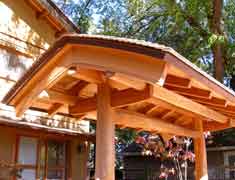 Mathieu Peeters, who will teach the course and is the founder of Oostenwind, received his training in traditional Japanese carpentry at East Wind Inc. in California and apprenticed under Len Brackett, East Wind's CEO and Ryosei Kaneko, a Japanese teahouse carpenter.

Mathieu left Belgium and moved to the US to pursue his dream of becoming a carpenter trained according to the Japanese tradition. In 2012, he returned to Europe and founded Oostenwind - an East Wind Inc. subsidiary - in order to offer high quality Japanese carpentry to European clients. Mathieu shares his passion for woodworking by giving talks and workshops. He also participates in international events to promote traditional woodworking skills and has a blog.

Mathieu says: "As carpenters working in the Japanese tradition, we need to be able to make any type of woodwork since here in the West we cannot rely on a culture where plenty of wood craftsmen complement each other and can specialise in a single field, as they do in Japan. We must be able to build timber-frames but just as well tansu, shoji or interior finish carpentry." 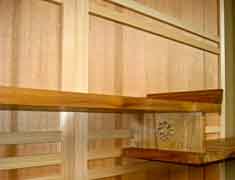 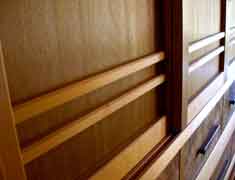 10 places are available on the course. You will need to bring a full set of tools ready for use. If you need advice about tools, please contact the organisers, Andy Ryalls or Michael Huntley. Be prepared for some detailed hard work and long days, but those that have been on a similar course run by Mathieu in Germany say that they learnt a huge amount in a supportive and enjoyable environment. You will come away with a scale model of a traditional Japanese roof hip and a totally new appreciation of how to mark out, saw and chisel Japanese joints. Timber will be supplied as well as lunch and refreshments on each day. The Japanese Tool Group will be running a few practice sessions and tool-tuning workshops prior to the course at a notional cost to prospective participants. 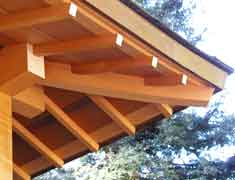 Cost: Â£300 - requires deposit of Â£100 and the balance must be paid three weeks prior to the course start date