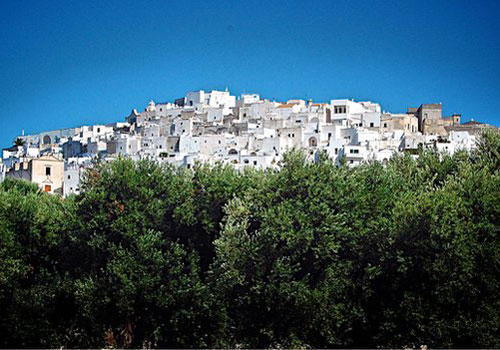 The EU olive production is under threat from a virulent pathogen, that starves olive trees. Already affecting a vast area in southern Italy, should the disease spread to other olive producing areas, consequences include reduced yields and costly control measures. Although the outbreak is now currently described as 'under control', concern still remains that it could spread as a result of long-range spread of vectors. The warning comes in a report by the European Food Safety Authority, observing that the bacterium (Xyella fastidiosa) is responsible for the 'rapid decline' in the olive plantation outbreak.

The risk assessment report observed: 'All xylem fluid-feeding insects in Europe are considered to be potential vectors'. Xylem is the part of a plant that transports water and nutrients from the root system to the rest of a plant. Insects carrying the bacteria, when it feeds on the tree, can transfer the pathogen to infect the plant's life-support system. Dr Stephen Parnell, an epidemiologist from the University of Salford and a member of a working group that contributed to the assessment by the EFSA Panel on Plant Health, compares the potential vector species to 'hitchhikers', saying: "They can attach themselves to vehicles and be spread long distances. They can also be transported long distances on the wind."

The bacterium is also a potential threat to several other crops in Europe, such as citrus, grapevine and stone fruit - almond, peach plum - as well as possibly hitting several trees and ornamental plants, oak (Quercus robur), sycamore (Acer pseudoplatanus) and oleander (Nerium oleander).

The problem is not confined to just to Europe, but outbreaks in North and South America now highlight the potential severity of the pathogen. "It can certainly spread very quickly," explains Dr Parnell. "In Brazil, for example, where the bacterium is a problem on citrus trees, it went from just a handful of infected trees to two million infected trees in just five years." Dr Parnell goes on to say that there are hundreds of plant species know to host the bacterium, many within Europe." But, he added: "There is a degree of uncertainty surrounding the epidemiological importance of these species. For an epidemic, you need the bacteria, you need vector populations, you need suitable hosts and you need the right environmental conditions. All of these things do occur in Europe, but there is some uncertainty regarding to what extent." 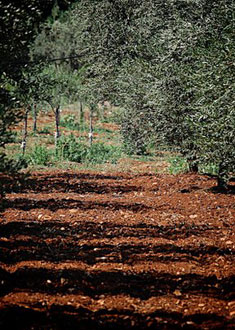 In October 2013, the outbreak in the Puglia region was first reported, where almond and oleander plants also tested positive for the pathogen. Biosecurity measures were imposed, prohibiting the movement of propagation material from susceptible host species from the infected area.

Worryingly, there is a period when an infected plant will not show any symptoms, making the disease difficult to detect, meaning it may have spread more than thought but hasn't been noticed yet. In terms of controlling the pathogen's spread, Dr Parnell said methods that worked to control outbreaks in the Americas probably would not be as effective in Europe. He concluded: "Is it fair to say that people need to learn more about the European outbreak quickly, because the likelihood of another outbreak hotspot is quite high."

Tagged in:  News and Events