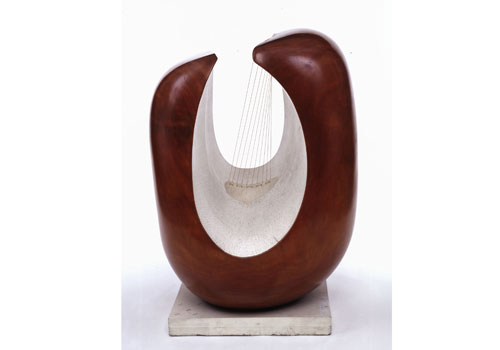 Tate Britain will open the first London museum retrospective for five decades of the work of Barbara Hepworth, one of Britain's greatest artists. Barbara Hepworth - 1903-75 - was a leading figure of the international modern art movement in the 1930s and one of the most successful sculptors in the world during the 1950s and 1960s. This major retrospective opens on 24 June 2015 and will emphasise Hepworth's often overlooked prominence in the international art world. It will highlight the different contexts and spaces in which Hepworth presented her work, from the studio to the landscape.

The exhibition will feature over 70 works by Hepworth from major carvings and bronzes to less-familiar works and those by other artists.

Barbara Hepworth: Sculpture for a Modern World is curated by Penelope Curtis, Director, Tate Britain and Chris Stephens, Lead Curator, Modern British Art and Head of Displays with Assistant Curator Inga Fraser and Sophie Bowness, the artist's granddaughter. The exhibition is accompanied by a fully illustrated catalogue. It will tour to the Kroller-Muller Museum, Otterlo in the Netherlands from November 2015 to April 2016 and to the Arp Museum, Rolandseck in Germany from May to August 2016.