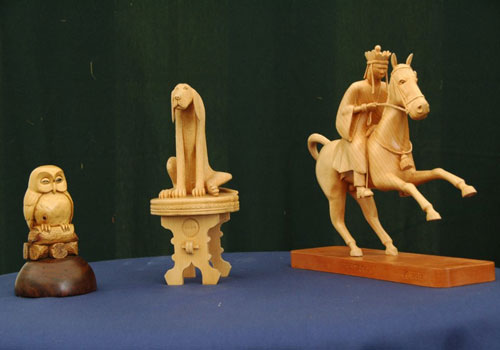 Dave Johnson was pleased to be asked by the events management team at Westonbirt Arboretum to help with the presentation of wood sculpture and carving at their 'Treefest' event over the August Bank Holiday this year. This included putting together a team to demonstrate large scale sculpture, as well as overseeing the exhibition of more conventional work. Dave was also very keen to resurrect any proportion of the commercial success of the, now defunct, 'Sculptree Gallery'. 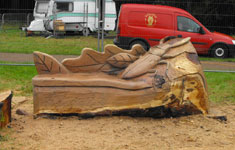 Westonbirt proposed three sculptors to each produce a bench, over the three days of the event, and these would then be donated to schools within the county. The design theme was to be 'Wildlife' and submissions were sought from interested parties. Designs submitted by Ant Beetlestone, Dan Cordell and Paul Sivell were choosen. 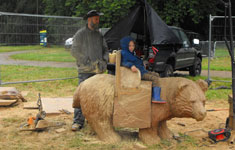 The designs were circulated to schools within the county which were asked which of the benches was their choice and to submit a case for why they should be chosen as a recipient. The winners of this were: 'Bear with me' by Ant went to Holy Trinity C of E Primary School; 'Staggering' by Paul to Abbey Meads Community Primary School; and Dan's piece entitled 'Prickles and Paws' to Malmesbury Primary School. 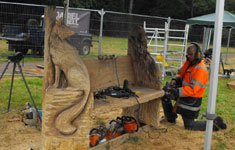 At the show the 'Westonbirt Trophy' has now been running since 1998 and continues to be a very good method of involving the general public. Voting was lively particularly with our young visitors and the winner this year was, once again, Stan Kimm for his comic carving of a dog, with Richard Pepperd a close second with his blinking owl. 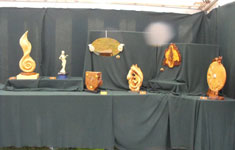 On the whole all those involved were pleased with the event and we hope to have the opportunity to build on this next year. 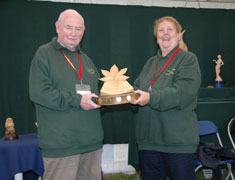