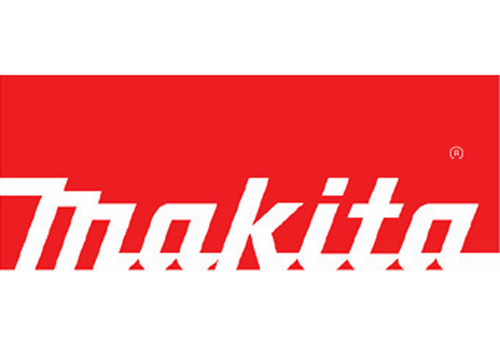 For the third year running a Makita-powered craft has won the Water Craft Makita Cordless Canoe Challenge race, organised by Water Craft Magazine, which requires small boats - not necessarily canoes - powered only by conventional workshop cordless tools, to race each other around a testing course. The 2014 Challenge, sponsored by Makita, Britain's number 1 professional powertool manufacturer, took place at the Beale Park Boat Show on the Thames 7-8 June and again attracted a fleet of craft both conventional in design and novel in appearance.

Now in its 4th year, the Water Craft Makita Cordless Canoe Challenge 2014 featured two contests. The Cordless Tender Challenge required competitors, in boats under 3m long and with no more than 36v of cordless drill power, to race the length of the Beale Park lake to pick up a passenger and bring him or her safely back to the start. This year Dennis Adcock, who has been a close contender in all the previous Challenges, finally won outright in FAST 3, a slim yellow trimaran newly powered by two Makita 18v drills. 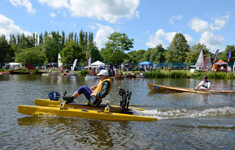 The Cordless Canoe Challenge, for boats up to 5m with no limits on the number and power of cordless tools used, has a 600m 'sausage' course which tests speed, endurance and turning ability. This year's winners, first time entrants, were a crew of five final-year Naval Architecture students from Southampton University in CHICKEN NUGGET, a red canoe powered by three drills driving a purpose-built propeller. Both winners received a Makita 18v drill and jigsaw set.

Makita also gave two special prizes of 18v cordless drill-drivers for the most imaginative entry and the most practical entry in either contest. This year the prize for the most imaginative entry went to John Colley and Alex Dearnley for ERNIE, their milk float. And counter-intuitively, the prize for the most practical entry was won by Fred Ball and Slade Penoyre of the Amateur Yacht Research Society for AYRSPEED 2. Despite its boxy hull driven by two paddle wheels and six long-tail drives, it successfully finished in every race it entered, unlike several other challengers this year.

Tagged in:  News and Events , Makita