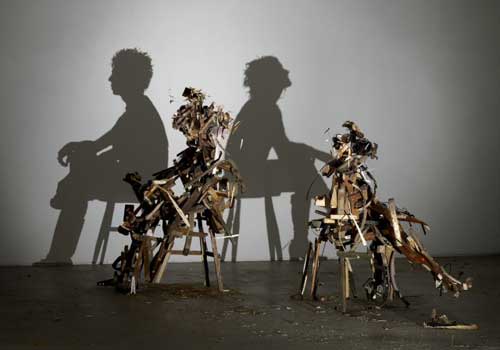 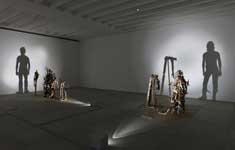 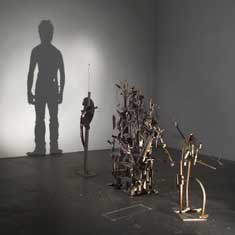 This show was called 'Nihilistic Optimistic' and included six large-scale figures, built from discarded wood and illuminated to project human silhouettes on the gallery walls. These shadows were not just any human shadows, but intended self-portraits of the artists. The show ran at Blain|Southern in London. 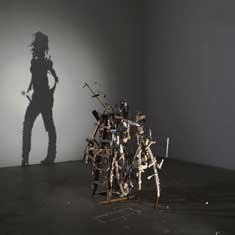 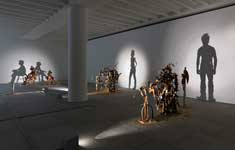 (VIA Tim Noble and Sue Webster)