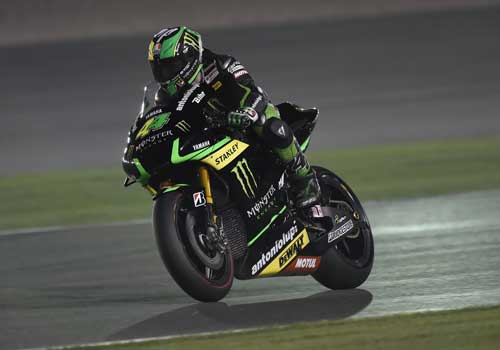 With a number of exciting developments taking place in the sport in 2014, Stanley Black & Decker has confirmed its continued sponsorship of MotoGP and the Yamaha Tech3 Racing Team, with activation through its professional power tool and hand tool brands, STANLEY, DEWALT and FACOM.

As part of the sponsorship arrangement, Stanley Black & Decker will hold branded 'Tool Village Events' at races in France, The Netherlands, Germany, Czech Republic, United Kingdom and Spain, where fans will have the opportunity to engage with the Company's products and take part in a series of 'hands-on' activities and experiences.

Building on the success of the 2013 season, Stanley Black & Decker will once again exclusively supply all tools and accessories to the Yamaha Tech3 team. With the support of tools from the STANLEY, DEWALT and FACOM brands, the partnership enables the team to run their motorbikes and all associated activity, as well as maximising the relationship with the team's two high profile riders, Bradley Smith, now in his second successful season, and Pol Espargaro, who arrives as world champion from the Moto2 team.

To amplify the sponsorship agreement to its wide-reaching customer base, Stanley Black & Decker will activate in-store and digital marketing activity, delivering promotions across all global markets, including the chance to win exclusive VIP experiences such as behind the scenes garage tours, and the opportunity to meet the Yamaha Tech3 riders. Corner track advertising will also be present at races in Barcelona and Japan, maximising global brand impressions to key target audiences.