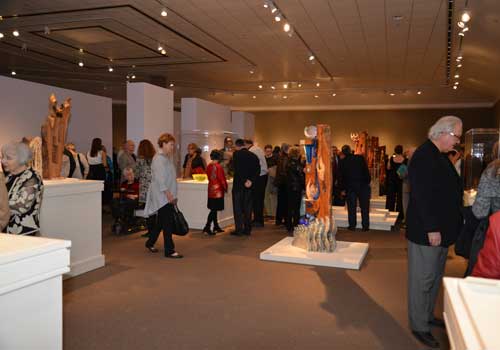 Fine Arts Press is pleased to announce the publication of Shadow of The Turning by Binh Pho and Kevin Wallace. The book is an exploration of art, myth and philosophy, drawing upon diverse genres and media to bring the viewer into a fascinating literary adventure. The book debuted in January at the Mobile Museum of Art in conjunction with an exhibition of the same name, featuring works of Binh Pho that illustrate the book. When the exhibition at the Mobile Museum of Art closed on 7 April, the exhibition began a tour of East Coast museums and Art Centres. 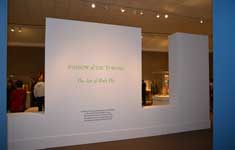 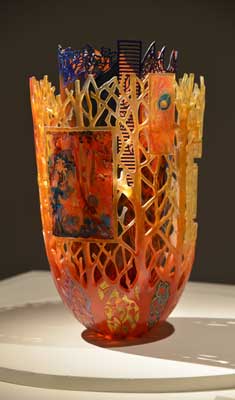 Shadow of The Turning is the second collaboration for Binh Pho and Kevin Wallace. In 2006, the book River of Destiny: The Life and Work of Binh Pho was published in conjunction with an exhibition of the artist's work at the Long Beach Museum of Art in California. In the book, curator and author Wallace, shared Pho's life story, Vietnamese history and philosophy. The exhibition received rave reviews and was enthusiastically received by museum visitors, and the book continues to make an impression upon readers, allowing them to experience Binh Pho's work and his life's journey.

Museum curators from across the country have praised the book and exhibition. Charlotte V. Wainwright, founding director of the Gregg Museum of Art & Design, NCSU, Raleigh, North Carolina states that, "Shadow of The Turning is a narrative of love and death of marvellous imagination. Binh Pho has created engaging and sumptuous objects evoking the spiritual and physical realms portrayed in this story." 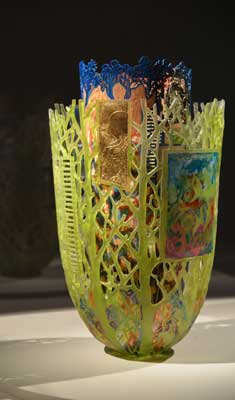 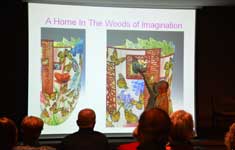 "Seeing is believing," says Tom Riley, who represents Binh Pho through Riley Galleries in Cleveland, Ohio and exhibits the work at art expositions nationally. "Perusing 4,000 square feet of the diverse forms of Binh Pho, which embody the power of collaboration and a use of mixed media and conceptual art overpowers the senses. This body of work will have a seminal effect on artists and collectors elevating all into the fine art world and the inspiration attendant with this effort will have far reaching effects."

Where: The Center for Art in Wood and the Franklin G. Burroughs - Simeon B. Chapin Art Museum of Myrtle Beach

Tagged in:  Shadow of the Turning , Binh Pho , Kevin Wallace