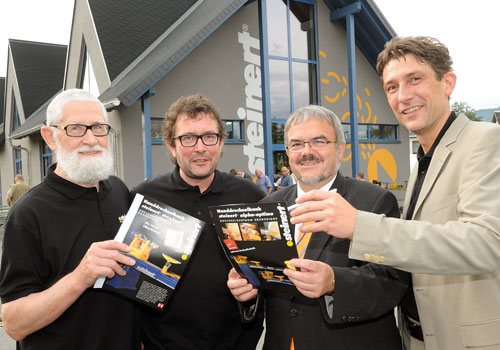 August saw German woodturning supplier steinert, open its door to the public to celebrate the opening of its new premises. There was a wide range of woodturning demonstrators present, including our very own Mark Baker, as well as Michael O'Donnell, Tobias Kaye, Richard Raffan as well as a host of German turners. 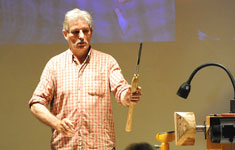 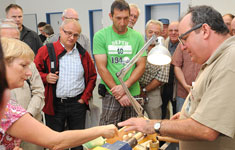 For those of you who are unfamiliar with the company, it was established in the early 1930s when Hellmut Steinert started a woodturning workshop manufacturing household articles such as plates, egg cups, bowls, etc. as well as toys and other items. Hellmut Steinert's son Rolf also went on to undertake a woodturning apprenticeship, later becoming a teacher in a school for applied art and design and was responsible for the wood courses.

In the 1970s Rolf Steinert wrote his first book about woodturning which is today still one of the books used in professional German woodturning schools. At this time Rolf Steinert founded a trademark organisation called 'Expertic' which represented many traditional arts and crafts companies from the Erzgebirge region worldwide.

In the late 1980s Rolf Steinert was invited to a woodturning symposium in the UK where the idea was born to establish a woodturning supply business in Germany. Rolf and his wife Christiane founded the company 'DRECHSELZENTRUM ERZGEBIRGE', which translates as 'Woodturning Centre Erzgebirge'. This was to become one of the first German companies to supply tools, machinery and accessories for the woodturner. Rolf and Christiane quickly began to see gaps in the market and the opportunity to develop their own products, working closely with local companies to manufacture tools and machinery for the thousands of woodworking workshops in and around Germany.

A name is born

In 2000 the company arranged the first German woodturning symposium with international demonstrators and hundreds of guests attending. The symposium ran for over a week. In the same year the brand 'steinert' was created and registered. At the same time the amateur woodturning scene in Germany started growing massively and still does to this day. In 2008, the third generation came back into the family run business. Both sons, Roland and Martin Steinert, took over the business and soon found that the premises currently used was becoming too small and ineffective for the growing business. So the plan was born to build a completely new showroom and storage with enough space to allow the company to grow further. In October 2011 the building work began and everything was finished in June 2012. The new premises has over 1,000m2 of space.

Today the company is Germany's foremost supplier of professional and hobbyist woodturning and woodcarving supplies with a few thousand different products, including a wide range of lathes and chucks. 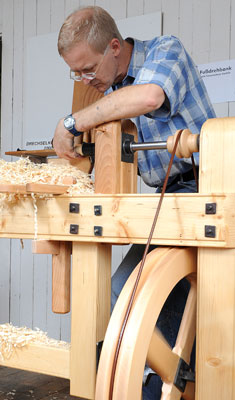 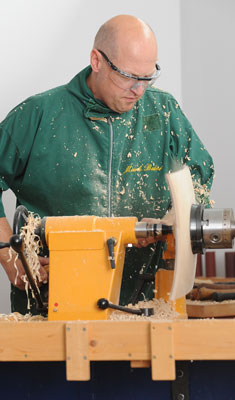 1. The people behind the company

3. A German turner attracts the crowds

5. Mark Baker was also at the event