Where to find it

1. Douglas fir occurs over a wider latitudinal range than any other native North American conifer

2. The original home of Douglas fir is western North America

3. The tree was first brought to Great Britain in 1827, and was quickly recognised for its potential as a novel softwood timber source. Before World War II, one eighth of all new Forestry Commission plantings were Douglas fir and the tree is still a favoured species in British forestry

4. Douglas fir is also grown on mainland Europe, and in Australia and New Zealand

Douglas fir was discovered by the naturalist Archibald Menzies on Vancouver Island in 1791, and this was the inspiration for the tree's scientific name. But the tree's common name derives from another famous plant-hunter, David Douglas, whose legendary expeditions during the nineteenth century scoured North America for novel conifers that would have potential in Britain. He introduced over 200 species of plants to Britain, including Douglas fir in 1826. 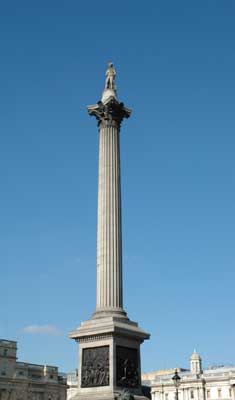 According to a Californian Native American myth, the three-toothed bracts found protruding behind each scale on Douglas-fir cones, are in fact a tail and two legs belonging to mice hiding inside the scales to escape forest fires.

1. Douglas fir is a coniferous evergreen tree, which ranks as one of the tallest trees in the world. It is typically 24-60m (80-200ft) in height, but can reach over 90m (300ft) in North America. The tallest tree in Britain is currently the Stronardron Douglas fir in Argyll, Scotland, which stands at 209ft, dwarfing Nelson's Column by 40ft!

2. One of the major diagnostic features is the 3-toothed 'bracts' that protrude from behind each scale on Douglas fir cones

3. The tips of each shoot have especially long, pointed buds. In the UK the trees assume a pyramidal shape and have drooping branches

4. Douglas fir is a softwood

Douglas fir caused problems for botanists in the 19th century for its similarity to other more familiar conifers at the time, leading it to

be classified at times as Pinus, Picea, Abies, Tsuga, and even Sequoia. French botanist Carriere, eventually placed the Douglas fir within a new genus called Pseudotsuga - false Tsuga - owing to its distinctive cones. 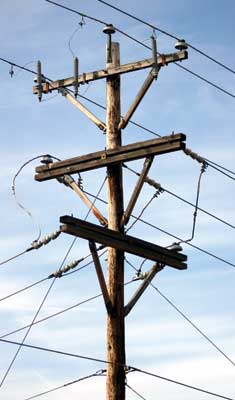 3. Douglas fir is said to produce more veneer and plywood than any other species 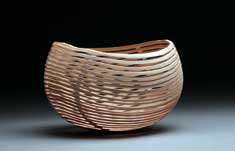 1. The most striking feature of Douglas fir is the abrupt colour change between the softer, paler springwood (early wood) and the darker, orangey-brown, harder tissue laid down in summer

(late wood). Of all the common conifers, the growth rings of

Douglas fir are probably the most distinct. The timber's texture depends on the width of these rings. Where they are narrower, the texture is more uniform

2. The sapwood is generally a pale yellowish white and can vary in thickness

3. The timber has a high crushing and bending strength, but is rated as medium for its resistance to shock loads. The average S.G. = 0.53. Timber from Pacific coastal areas is harder, heavier and stronger than that from mountain areas. Mountain-grown timber is equivalent to timber grown in the UK

4. Douglas fir works well, but has a pronounced blunting effect on cutters and should be pre-bored for nailing. It is rated poorly for its painting and varnishing qualities

5. The low moisture content of the heartwood means that Douglas fir seasons quickly. There can be problems with honeycombing and ring failure, and knots can split and loosen, but the timber is stable in service. It is not resistant to decay and is susceptible to attack by longhorn and jewel beetles

2. The Douglas fir ranks as one of the tallest trees in the world

3. Mice have been known to hide inside Douglas fir cones during forest fires to escape the heat

4. The Douglas fir was placed in a new genus owing to its unique cones

Tagged in:  Tree of the Week , Douglas fir