Since putting my first issue of F&C together back in the autumn of 2009 I must have written, read and commissioned well over a thousand articles on the subject.

With all that information under my belt you’d think I was some kind of an expert on the matter by now but in fact, the opposite is closer to the truth.

I’ll admit I was aghast when I read my first few articles on sharpening, dovetailing and various approaches to tool care. The deeper they went into solving the problems in our little universe the further away it seemed they were getting from the subject, or at least the subject as I knew it. Digging deep into the minutiae generally raises more questions than the answers it reveals. The United States Secretary of Defense between 2001 and 2006 Donald Rumsfeld put it like this: ‘There are known knowns; there are things we know we know. We also know there are known unknowns; that is to say, we know there are some things we do not know.’

In the July issue of Furniture & Cabinetmaking we’re tidying up some loose ends with the concluding parts of two articles; one on saw sharpening from Mark Harrell, the other on traditional box making from me. The latter is something I should know a lot about given the number of boxes I’ve made but there doesn’t seem to be a project that goes by without me thinking that next time I’ll do one part of the build a different way.

Our main feature this month is a story about Louis Gandolfi and the family business that lasted 100 years. The Gandolfis operated in an area that sprung out of the cabinetmaking industry at the end of the 19th century. From their humble workshop in Peckham Rye, south London they produced handmade cameras and tripods from mahogany that were French polished, fitted with brass hardware that was engineered in-house and attached with clocked screws.

A Gandolfi was the camera of choice for Lord Carnarvon on his expedition to the Valley of the Kings in search of Tutankhamun’s tomb in 1922 and became standard issue equipment to the police force and Prison Service for capturing mug shots as recently as 1975.

In January this year the world of fine furniture making lost one of its most colourful exponents. David Savage wrote dozens of articles for F&C in the early days, telling readers all the things they needed to know even when it wasn’t what they wanted to hear.

Controversial, entertaining and informative, the articles he wrote for me are among my favourites, probably because I didn’t have to work that hard for the content. You just lit the blue touch paper and stood back. Our book extract this month comes from The Intelligent Hand by David Binnington Savage published by Lost Art Press. It contains all the articles I wish I could have published. 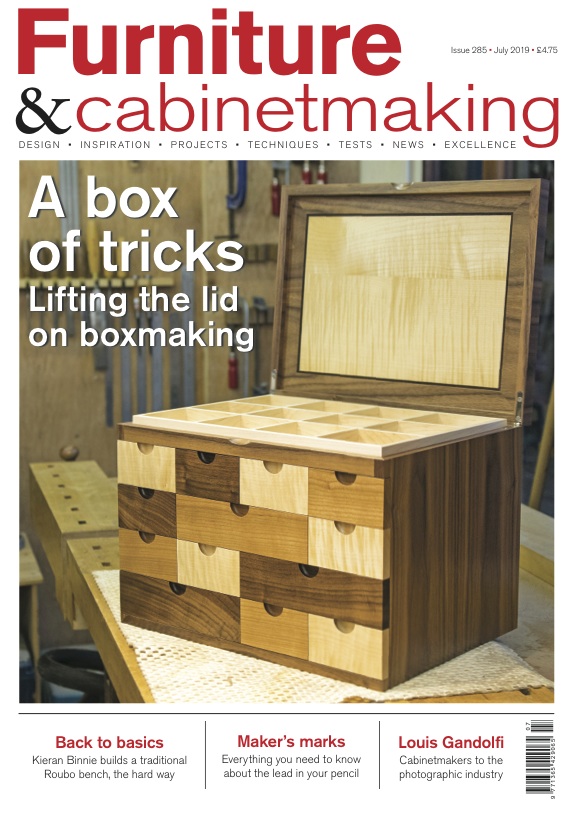